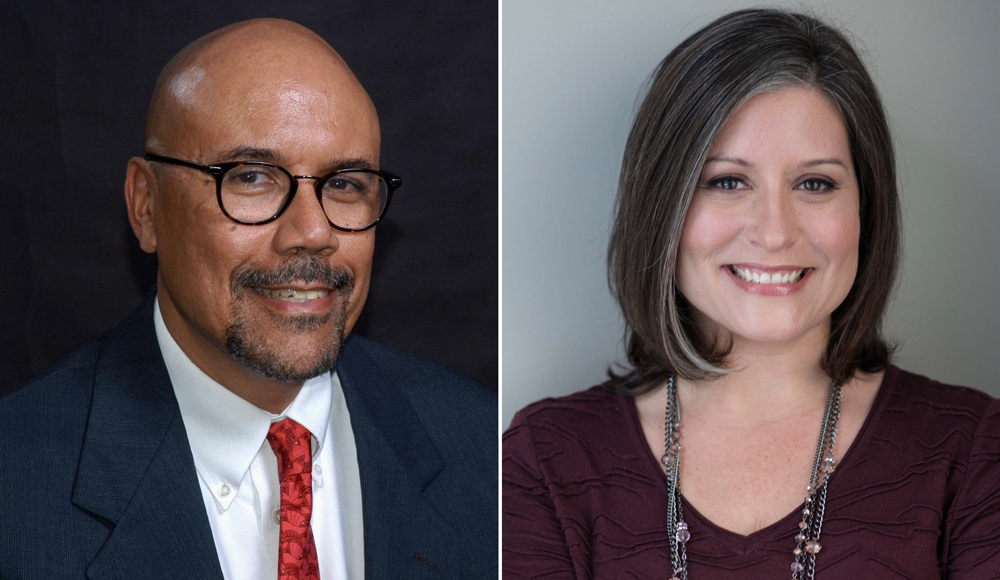 Karl Shallowhorn, education program coordinator at the Community Health Center of Buffalo, has been elected chair of the Erie County Anti-Stigma Coalition. Jessica C. Pirro, LMSW, chief executive officer of Crisis Services, has been named vice chair. Both are founding partners of the Coalition, which launched the Join the Conversation public awareness campaign in May 2017 to eliminate the stigma around mental illness in Erie County and Western New York.

“As the incoming chair of the Erie County Anti-Stigma Coalition, I would like to build on the momentum we have achieved by growing both the number of people who have taken our pledge as well as help with the effort to secure more organizational members,” said Shallowhorn.

“In addition, I’m hoping to take our campaign to groups and organizations in our local communities of color where the stigma against mental illness is a significant issue,” he said. “Finally, with the help of our core founding membership team, I would like to see us find ways to secure additional funding to keep our campaign moving forward and, in the long-run, be sustainable.”

Shallowhorn is a New York State Credentialed alcoholism and substance abuse counselor (CASAC) and has worked in the field of addiction and mental health for over 18 years. He is the author of Working on Wellness: A Practical Guide to Mental Health (2010), is a contributing writer and blogger for BP magazine, coordinates and writes for the United Church of Christ blog The Journey.

Shallowhorn is the chair of affiliate relations for the Mental Health Association in New York State Board of Directors, as well as serving on the Erie County Mental Hygiene Community Services Board, and the Boards of Housing Options Made Easy, the Just Buffalo Literary Center, and the New York Conference of the United Church of Christ. He holds a master’s degree in student personnel administration from SUNY Buffalo.

Every day at Crisis Services, Pirro and her team see the immediate impact that stigma has which prevents people from seeking critical help.

“We intervene daily with community members who are contemplating suicide which is the ultimate end result of stigma,” she said. “They feel isolated, alone and don’t believe anyone can or wants to help. We need to shift that conversation.”

Pirro said “That is why the Coalition’s campaign Join the Conversation is vital to embrace in order to make help and hope the norm not the exception. I am excited to serve in this capacity for the Anti Stigma Coalition and be a part of an amazing movement committed to making people aware of their actions, their language and behaviors to prevent stigma in Erie County.”

Pirro has held various local and statewide leadership positions to address response to family violence, sexual assault, mental health and suicide prevention and currently serves as chair of the Suicide Prevention Coalition of Erie County and is a member of the NYS Suicide Prevention Advisory Council. She serves on the board of the National Association of Crisis Organization Directors.

Pirro earned her undergraduate degree in child and family studies and her master’s of social work from Syracuse University and is a New York State Licensed Master Social Worker.