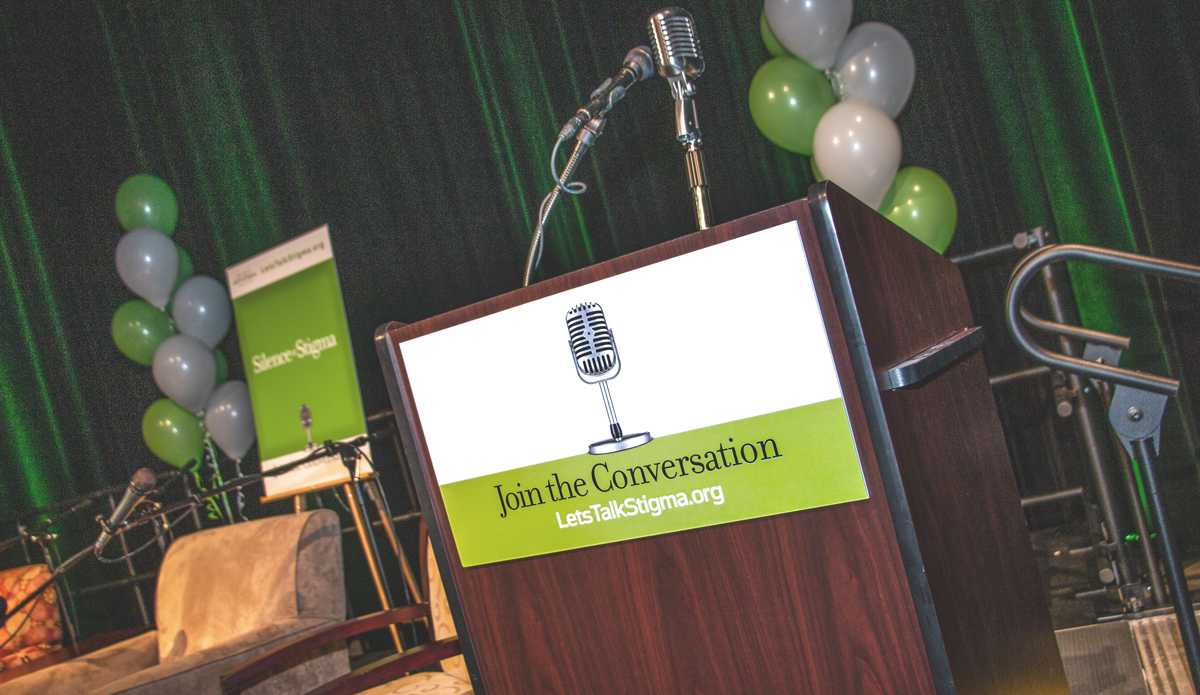 More friends, family members, neighbors and co-workers will have the opportunity to Join the Conversation to end the stigma of mental illness.

The Join the Conversation campaign will expand into Niagara County with a $45,000 grant from the New York State Office of Mental Health (OMH). Recognizing the success of The Erie County Anti-Stigma Coalition’s efforts in Erie County, activities will build awareness of mental illness to encourage people to seek the help and treatment they need.

The Coalition’s work in Erie County began in 2017 and has used a comprehensive, multi-media campaign, including broadcast, website, social media, digital advertising, email and grassroots tools to get the message out. A total of 62 organizations and businesses have joined the Coalition and more than 3,240 individuals have taken the pledge to end mental illness. The pledge seeks to eliminate harmful labels like “crazy” or “nuts” in everyday language and is found on letstalkstigma.org.

“This is a very logical step in the Erie County Anti-Stigma Coalition’s goal to eliminate the stigma associated with mental illness. By partnering with the Niagara County Department of Mental Health, as well as other agencies and organizations, more people will hear our message, seek help and live healthier lives,” he said.

“Stigma knows no boundaries and this funding will allow us to further our reach by expanding the coalition’s campaign into Niagara County. I am proud of the work and commitment of the coalition’s dedicated membership to end the stigma associated with mental illness and grateful to the NYS Office of Mental Health for their continued support and leadership,” he said.

According to Grieco, Niagara County is the next most populated county in WNY and being contiguous to Erie County, expanding the Coalition’s efforts into Niagara County was a natural fit.

Niagara County has 87,000 households. Grant funds will be used to increase digital and social media advertising, produce Niagara County specific materials, conduct outreach and host other events in the county.

Polling in Erie County found the awareness campaign increased people’s comfort level in talking to their friends and family members about mental health issues. In 2016, before the Coalition launched its awareness campaign, 52 percent of respondents said they would be comfortable talking to family members if they felt they had a mental health issue. That figure increased to 66 percent by 2018.

Laura J. Kelemen, LCSW-R, Director of the Niagara County Department of Mental Health and Substance Abuse Services, said, “We are very grateful to the Office of Mental Health for the grant funding that will allow the expansion of the Join the Conversation awareness and anti-stigma campaign. It is critically important that we let people across all of our communities know that there is help, and there is hope. The Join the Conversation campaign facilitates this awareness.”

Letstalkstigma.org and social media platforms engage the public and encourage people to learn about mental health and take the pledge to end the stigma of mental illness. Mental health resources are available here.

Organizations that have joined the Conversation

Percentage of people who said they would be comfortable talking to family members if they felt they had a mental health issue:

If you, or someone you know, are suicidal please call:

Are you concerned that you or a loved one has a mental illness? Click here for common signs of mental illness in adults and adolescents.