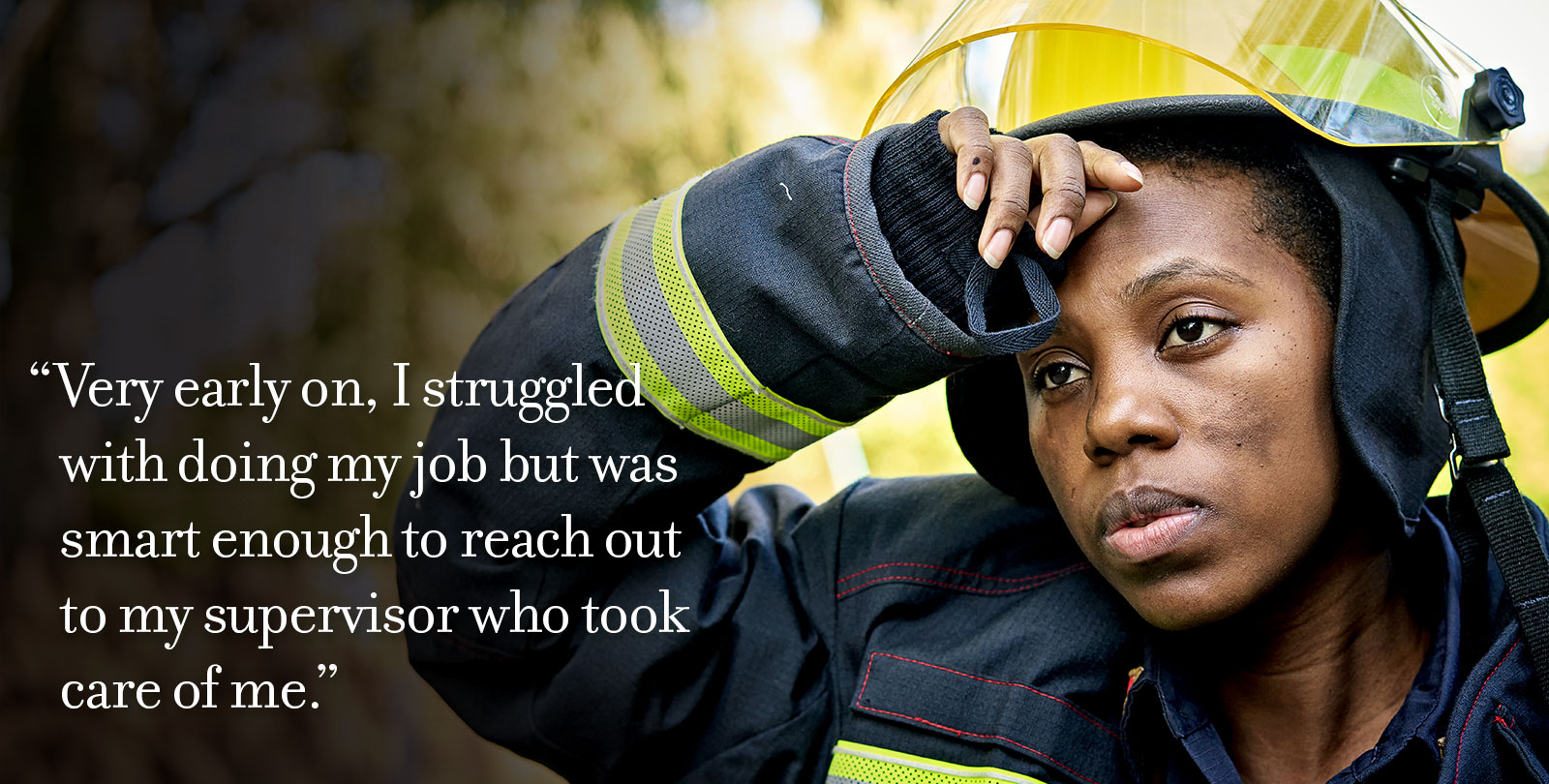 According to the Substance Abuse and Mental Health Services Administration (SAMHSA), roughly one in three first responders develop PTSD, compared to one in five people in the general population. The CDC reports that law enforcement officers and firefighters are more likely to die by suicide than in the line of duty.

Matt Smith, executive director of Preventionfocus, was the moderator. They discussed challenges faced by firefighters, police officers, EMTs and dispatchers and the stigma about seeking help for mental health issues.

According to Commissioner Neaverth, first responders experience various stages of stress and trauma. New first responders may need support after responding to their first catastrophic event. Then individuals with 10,15, or 20 years of experience can be impacted by events that cause mental health challenges.

“As we advance in our careers, we take more training, we become more qualified,” he said.  “As incidents happen around our world and in our own backyard, even if we’re not directly involved in the incident, we can be emotionally involved.”

According to Chaplain Beigner, many first responders may react to the stress and trauma of a recent call that reminds them of an event from many years ago.

He describes a “backpack” of calls. “When you go out on a call, you throw it in the backpack and go on the next call, perhaps five or seven times a day. So, you might end up carrying around a lot of stress for years.”

Lt. Schmidt talked about his own struggle with mental health.

“Very early on, I struggled with doing my job but was smart enough to reach out to my supervisor who took care of me,” he said.  “I worked with a group called Catch a Falling Star—they get you in, get you talking and get you the help you need,” he said.

Bonk said that while stigma continues to be an issue among first responders, there has been a steady step toward advancement making it more culturally acceptable to talk about mental health and share stories.

While things have improved greatly in the last ten years and there is less stigma, a challenge remains when individuals need level two help, Lt. Schmidt said. “When you’re not able to work, it impacts your identity. But seeking help doesn’t make you weaker, it makes you stronger.”

Common resources for first responders may include mental health counselors on site, stress debriefings and continued follow up from colleagues and chaplains.

Provides 24/7 confidential assistance, information, and referrals by trained Law Enforcement Peers and Family Member Peers to working and retired law enforcement officers, dispatchers, and their families. The helpline assists with any issues that may impact work and family life.

24/7 counseling support for first responders who are struggling with a mental health crisis and who text “BADGE” to 741741.

988 is the new 3-digit national lifeline to improve access to support for those in suicidal or mental health crisis.

Network of local crisis centers that provides emotional support to anyone in suicidal crisis or emotional distress 24/7 at 800-273-8255.

Those experiencing emotional distress related to natural or human-caused disasters can call or text the 24/7, 365-day-a-year support line at 800-985-5990.