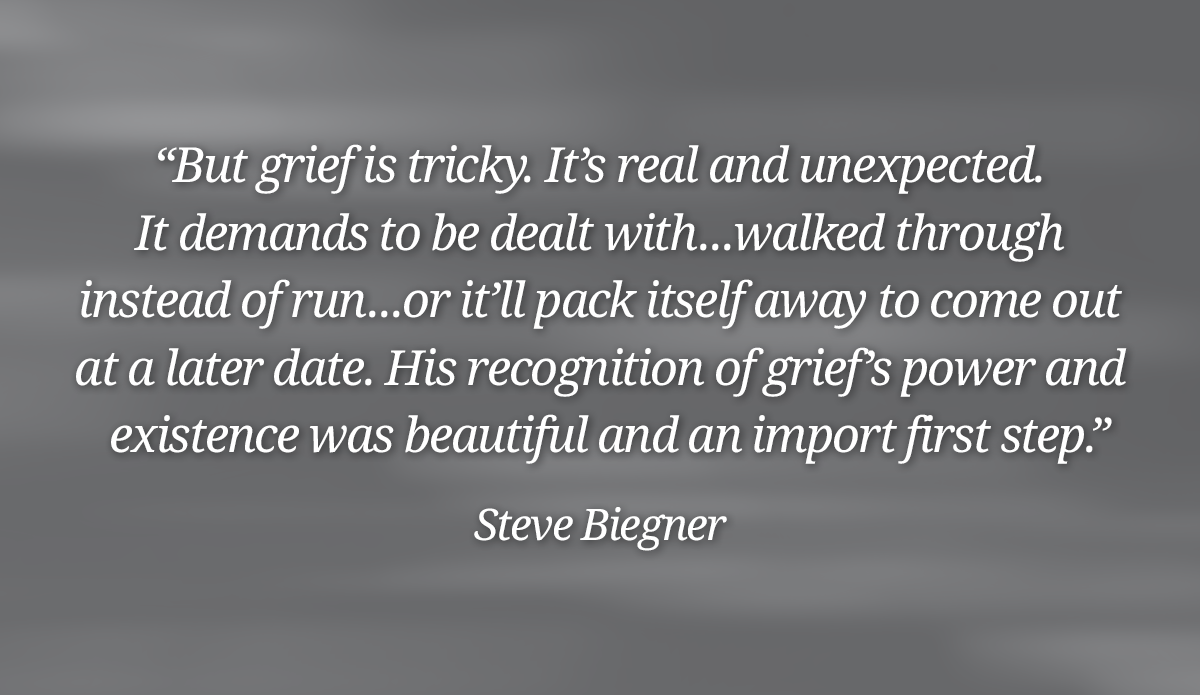 Steve Biegner, mission pastor at Main Street Ministries: St. Paul’s Campus and executive director of the WNY Impact Foundation, works with individuals who are struggling with grief and loss.

According to Biegner, the traditional ways to grieve are unavailable. People don’t know what to do because they can’t interact as they normally would.

“Even though we have to be socially distant, we don’t have to isolate. People are yearning for contact,” he said.

He shares a recent encounter with a frontline worker:

Grief and anxiety are real and normal. And they might just sneak up on you and catch you off guard.

I recently checked in with one of our frontline workers who is also a first responder in the fire service, just to see how he was doing. He’s a pro and has seen some serious battles in the hospital, through the fire service and even great loss in his own family life. Our conversation started normally as I asked him how he was hanging in there. The normal answers came: “Good. Ok. Doing all right.” So when I asked him what “good and all right” looked like, that’s when the walls came down. That’s when the flood gates opened. That’s when grief got real.

First, anxiety came as he recounted stories of the stress of finding and wearing PPE for EVERYTHING now. Tears came next as he recounted losses he experienced that should have/could have been prevented and didn’t seem “normal.” Questions followed about if he was doing enough, responding enough, to match all this COVID stuff. And then came the anger. “I’m pissed,” he said. “This shouldn’t be affecting me like this! I’ve seen this before but somehow this one’s different.”

That’s the piece I remember the most. His anger that “grief” was actually affecting him! The training, the classes, the experience, maybe even the PPE…it all should have protected him. Right?

But grief is tricky. It’s real and unexpected. It demands to be dealt with…walked through instead of run…or it’ll pack itself away to come out at a later date. His recognition of grief’s power and existence was beautiful and an import first step.

We had a really powerful conversation. The first of several. And several that will be followed up with support from family, friends, colleagues and counselors. Now he’s on the path to the needed emotional and mental health training that we often neglect. And that’s a wonderful thing!