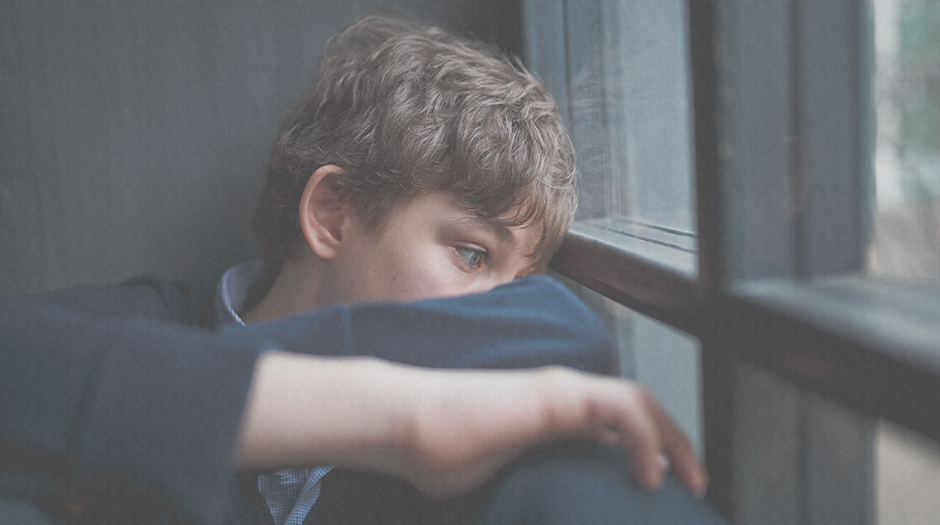 Mental illness is on the rise among adolescents with one in five young people living with a mental illness.

A 2016 study by the National Alliance on Mental Illness (NAMI) reported that 12.8% of U.S. adolescents had at least one major depressive episode. While these rising numbers are concerning, one positive aspect is that more teens are speaking up, sharing their stories and asking for help. That is the goal of the Join the Conversation awareness campaign. When people share their struggles and share their stories, they realize they are not alone and that they can get the help they need.

Several local experts who work with young people shared their perspectives on mental health issues among this population. Colleen Kaney, Assistant Superintendent for student services, Hamburg School District, has witnessed a significant rise in mental health issues. “Erie County reported that in 2017 there were 113 reported suicide deaths (7 were youth) and studies show that 75–90% of people who die by suicide have a diagnosable mental illness at the time of their death. For youth the main cause would be anxiety and depression, which is the most diagnosable,” Kaney said.

According to Kaney, depression is a more acceptable diagnosis among adolescents than it once was. Kaney and her team attribute increased mental issues to pressures from society, social media, gaming, pressure to perform, overscheduled families, lack of face-to-face communication, the lack of respect for people of authority.

Hamburg High School social worker Tina LaMendola has experienced a dramatic increase in students presenting with mental health concerns. “There is greater pressure on students surrounding grades and pressures of social media,” LaMendola said. “FOMO (fear of missing out) on social media, not being invited to an outing or not being accepted into a certain college contributes to kids not feeling good enough.” As more young people experience depression, anxiety and other mental health issues, people speaking about their personal struggles may encourage them to reach out and seek help.

Joseph Cozzo, President and CEO, Buffalo Hearing and Speech, sees an escalation in mental health issues, including more anxiety issues among 20 somethings, a rampant rise of suicide among 50+ year-old men and veterans, and a sharp rise in mental health issues among preschoolers and kindergarten age children. The impact of trauma on children is extreme in its immediate effects on development and long-term impacts on social-emotional growth as the child matures.

These symptoms may indicate depression, particularly when they last for more than two weeks:

90%
of those who died by suicide had an underlying mental illness.

“I believe that asking for help is still somewhat frowned upon in both the person who is experiencing issues who may be afraid (for a lot of reasons) to come forward and ask for help…to external factors around cost, access and a population with disregard for mental health issues. It is not on parity with physical health issues,” Cozzo said.

He added that the anti-stigma campaign is a good start to get the dialogue rolling about it being okay to talk about mental health issues, but there is a need to advance the discourse on a much larger scale. Kaney states that while there are teens that fear being different, being labeled, or not being accepted by family and friends, many teens are more likely to seek out resources because there are supports available to them in their everyday environment. “Hamburg Schools have trained all their staff on mental health awareness so within any child’s day, any adult that they come in contact with is educated to identify and make a referral to a mental health professional,” Kaney said.

Several members of the Anti-Stigma Coalition sponsor programs for young people, their families and individuals who work with teens.

Mental Health Advocates of WNY (MHA) offers various teen programs in the community. Teen support groups are open to adolescent youth between the ages of 13-18. Facilitated by Youth Peer Advocates, support groups give youth the opportunity to connect with other youth who are going through similar life experiences. The groups are a safe place for youth to receive support as well as to celebrate accomplishments and proactive self-care skills. Youth empowerment programs are also offered and help youth to develop skills in areas such as leadership, assertiveness, advocacy and mentoring. Additionally, Youth Peer Advocates provide peer support services and are able to meet with youth one-on-one by appointment. Email peersupport@mhawny.org for more information.

JustTellOne.org is MHA’s online prevention and intervention campaign aimed at teens and young adults. The campaign features peer-to-peer messaging for those who may be dealing with the early stages of depression, thoughts of suicide, and alcohol and drug abuse.

Compeer presents Teen Mental Health First Aid to teach the general public how to identify, understand and respond to signs of mental illnesses and substance use disorders. The training teaches skills to reach out and provide initial help and support to someone who may be developing a mental health or substance use problem or experiencing a crisis.

Crisis Services of Erie County is the most comprehensive crisis center in upstate New York and offers a number of community training opportunities to support young people and all members of the community. For more information, contact Crisis Services at www.crisisservices.org.