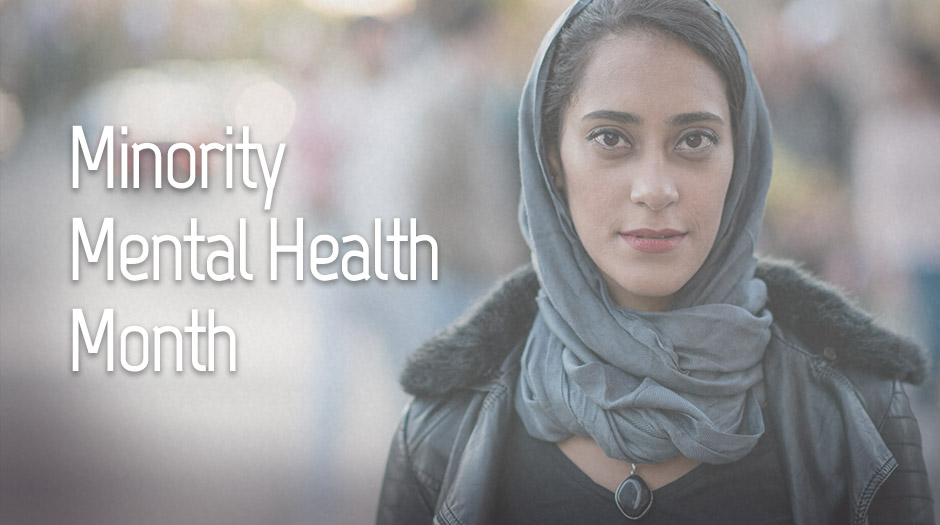 In recent years there’s been more focus than ever before on mental health and the way mental health illnesses can affect our everyday lifestyles. One of the many remaining questions about mental health is this: do mental health issues affect everyone equally? Or do some groups experience these issues in unique ways?

July is Minority Mental Health Month, a time to consider these important facts about how mental health illnesses affect the minority community.

Mental health experts are now examining how these issues affect minority groups. So far, the results have been both surprising and alarming.

Imagine being forced to leave your country and travel thousands of miles to an entirely new place, where you must learn a new language and lifestyle and adapt to a completely alien culture.

An estimated 40% of Southeast Asian refugees to the United States suffer from intense depression and post-traumatic stress disorder after arriving.

If you arrived in a new land, what would be the first thing you’d do? It’s a tough question to answer. Unfortunately, because of the way the American health care system works, few legal or illegal immigrants have the opportunity to see a doctor after arriving.
Research from the U.S. Government shows that many groups have few opportunities to receive proper physical or mental care. There are many possible reasons for this, from language barriers to bureaucratic matters, but it’s clear something needs to change.

The Asian American and Pacific Islander community has the lowest rate of mental health care use among all ethnic populations.

Many people dealing with psychological disorders receive medication and undergo cognitive behavioral therapy. But that’s often not the case for minority groups.

African Americans are 20 percent more likely than Caucasians to experience mental distress, and yet they’re far less likely to go on antidepressants due not only to lack of access to care but also due to stigma.

There’s nothing more tragic about mental health than suicide, which is far too often the end result of acute depression and anxiety. But not many people realize that it affects each ethnic group differently and is most prevalent among minorities.

African American children are taking their lives at roughly twice the rate of their white counterparts, according to a new study that shows a widening gap between the two groups. Source: JAMA Pediatrics

There’s no denying that teens tend to be moodier and more impulsive than adults, which is why they’re not allowed to buy alcohol, vote, or do many of the other things adults can do, legally. It’s also why teens often struggle with mental health issues, though these don’t affect all teens equally.

Mental health conditions do not discriminate based on race, color, gender or identity. Anyone can experience the challenges of mental illness regardless of their background. However, background and identity can make access to mental health treatment much more difficult. National Minority Mental Health Awareness Month was established in 2008 to start changing this.