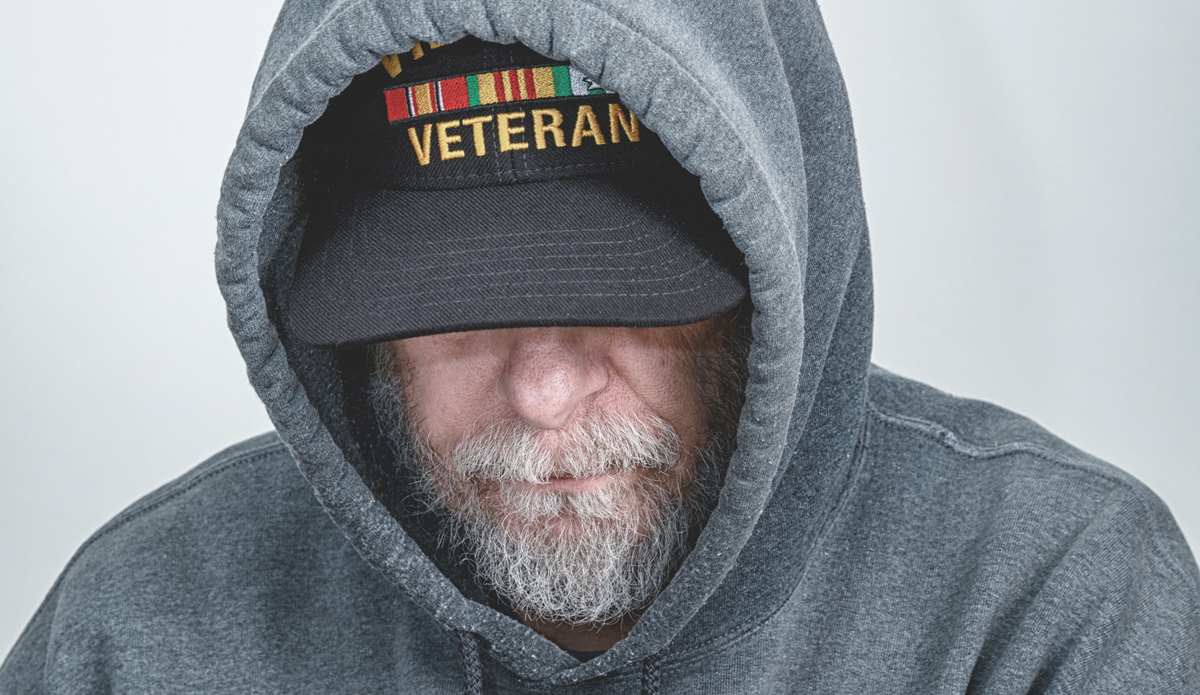 The statistics are alarming:

Between 11 and 20% of Veterans returning from Iraq and Afghanistan have post-traumatic stress disorder (PTSD) or depression. The U.S. Department of Veterans Affairs (VA) estimates that 30% of Vietnam veterans will experience PTSD in their lifetime.

According to U.S. Department of Veterans Affairs, in New York, there has been a recent concerning trend of increased reports of poor mental health. In fact, 2019 was the first year when the rate of self-reported poor mental health was higher for Veterans than non-Veterans.

Stigma impacts many Veterans and results from a military culture that expects those who serve to always be tough and strong.

On November 11 – Veterans’ Day – The Anti-Stigma Coalition will present a Facebook Live titled The State of Stigma: How Trauma & Stigma Affect Veterans Across Generations. The hour-long event begins at noon.

A panel of experts will discuss differences and similarities between Vietnam, Iraq, Desert Storm, and Afghanistan war experiences, improvements in mental health services, and how to support Veterans in the community. Questions will be welcome during the event.

“Stigma of mental illness is common, because members of the military were not allowed to show any signs of weakness,” said Donatelli, “Counseling was not something that was offered or discussed.”

Donatelli enlisted in the U.S. Air Force after high school, served as an aircraft mechanic, and did a tour in Vietnam from 1971-1972.

He and other Veterans returned home to a nationwide anti-Vietnam War sentiment with high profile protests, and blame placed on returning Veterans for the ongoing war.

“Adding to the burden was the sense of shame that many of us felt about Vietnam,” Donatelli said.“I was fortunate to have loving family and friends to support me, but I certainly witnessed the hostility directed at those who served.”

Society has changed and is more welcoming and appreciative of individuals who serve.

Assisting in this effort was the activism of Vietnam Veterans who improved services and awareness for Veterans who followed them.

According to Donatelli, mental health services have improved for Veterans and active-duty military, especially peer support programs which bring Veterans together to share experiences.

Vet Centers across the country, including one in Buffalo, offer Vets with shared experience the opportunity to learn from each other and find support.

“Just starting the conversation with someone who understands what you’ve been through is the best way to get the help you need to live a healthy life,” he said. “It’s also important to remember that military families often require mental health support.”

Buffalo’s VA has a variety of mental health resources, information, treatment options, and more — all accessible to Veterans, Veterans’ supporters, and the public.

Operation COM (Children of the Military) is a free program of Mental Health Advocates of WNY offered in partnership with the Veterans One-stop Center. Children are connected to one another in a safe space using creative arts, fun activities, and family centered events. (Contact Mary at mcparlane@mhawny.org ).

The Buffalo Veterans Treatment Court was established in January 2008 and was the first in the nation. It diverts eligible veteran-defendants with substance dependency and/or mental illness, who are charged with felony or misdemeanor non-violent criminal offense, to a specialized criminal court docket.

Resources are available through the Community Veterans Engagement Board of WNY, including program providers, businesses, music/arts non-profits, support groups, and more.

WNYHeroes provides Veterans, members of the armed services, and the widows and children of deceased veterans with access to essential services, financial assistance and resources that support their lives and sustain their dignity.

According to NAMI, there are three primary mental health concerns that Veterans and active-duty personnel may experience.